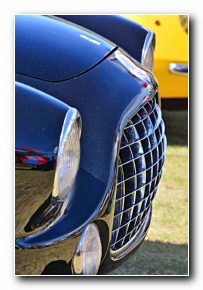 My trip to the Concorso Italiano for the 2015 event was the 6th time I had been able to take in the show. 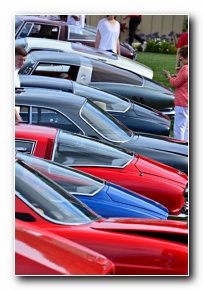 Getting there early was the key to getting great shots as the crowds move in quickly.

I parked as close as they allowed to the gate and grabbed my cameras and headed tot he are where the cars were driving in. SUch a great spot to see them all arrive. I snapped away and then wandered through the crowds and snapped what I could. Patience is the key.

I took copious notes on a voice recorder only yot lose the recorder at Mazda Laguna Seca Raceway. UGH…so here is my report…from Memory.

The first fellow I spoke with was busy polishing his 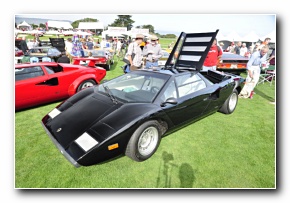 Black first generation Lamborghini, but his wife mentioned to me that he had bought the car of the Saudi Royal Family. Originally purple, the car was driven while one of the young Saudi Princesses drove it to school in the US. When the car went back home the present owner was working for the Royal Family and also went overseas. When his contract was up he was offered a great deal to buy the car and brought it home to the US.

Painted Black, he drove it many miles before under takng a full restoration…by himself…and then driving it many more miles. The car is the perfect testament of how great the first generation of Lamborghini Countachs really are. He pointed out the differences between the early “Periscope cars” and the more common second generation cars. 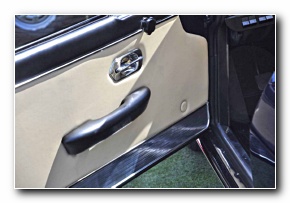 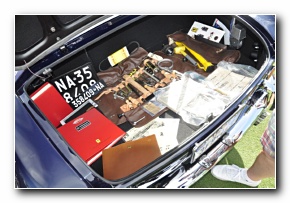 that a crank can be inserted to raise or lower the drivers window if the battery were to fail.

I spoke with one owner who had bought hi 1962 Ferrari new and even saw a Ferrari with Ontario plates, 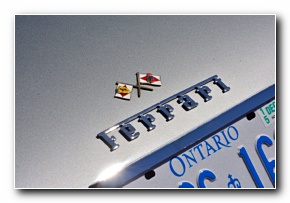 but did not meet the owner. I snapped lots of pics of similar cars lined up row upon row and had the pleasure of meeting the Nephew of the fellow who owned the Iconic Ferrari Test Rossa that was silver with a red stripe that Dennis Gray had photographed back in the day…I still have the mounted print in my Garage.

I hope you enjoy my images and hopefully next year I will not lose my notes!!! 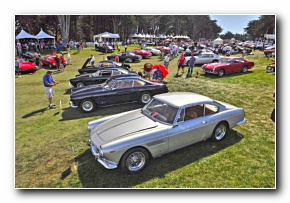 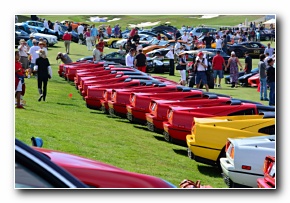 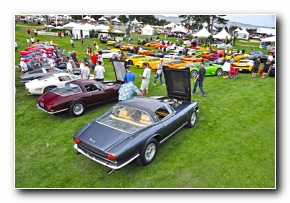 August 2015 was very special for the Concorso Italiano. It marked the event’s 30th anniversary. Dazzling snowfields arrayed with many of the world’s finest exotics lined the fairways of the Black Horse Golf Course on Saturday, August 15th. Monterey Bay, California.

Concorso Italiano assembled not only the typical six figure plus exotic sea of red but it also displayed many remarkable vehicles  including the first generation Acura NSX rated by Motor Trend as the ‘best sports car ever built’ in the 1990’s to a stunning field of over 40 of the world’s finest Ford powered Panteras.  At this world class event there were a vast number of Italian automobiles. The vehicle license plates read like a North American road map that not only covered the 50 States but also Canada and Europe as well.

This year also marked the 60th anniversary of Ferrari in the U.S.

Concorso Italiano typically provides a special area on the lawn for the ‘classic’ Ferraris. This year was no exception as Concorso displayed Ferrari as its Centerpiece. It was truly dazzling.  The classic Ferrari category consisted of what the vehicle is all about. The 500 to 600 horsepower V12 engines of the various handbuilt models over the years that can propel these beautiful works of art across the landscape or a race track at over 210 mph were literally everywhere.

Usually when viewing dozens of vehicles that are the same Marque they seem to all blend together. That was not the case with this show. The showfield was laid out so that the spectators and participants alike would not get bored and could take in more than one Marque at the same time by simply moving over to another row.

What particularly impressed me were the volunteers. They were cheerful and very helpful.  The parking attendant’s right down to the people taking tickets brought the show a higher level. If you are looking a bang for your buck, Concorso Italiano is terrific value and an event not to be missed.