MISSION STATEMENT of the NAACC
The National Association of Automobile Clubs of Canada will strive to act as the unified voice of the automotive hobbyist in Canada by promoting and encouraging the preservation of the automobile, its historic lore, and its associated items. Please call up the following website to receive the latest updates.

Congratulation to Blair Chisholm our NB Director on the early work in getting the province of New Brunswick to declare July as Automotive Heritage Month & July 8 as Collector Car Appreciation Day in his Province. Bob has been involved in the collector car hobby for more than 35 years. His automotive experiences range from 1930’s to 1960’s stock/original vehicles with a concentration on the 1950’s and 60’s stock, original and muscle cars. He is the Membership Director for the National Association of Automobile Clubs of Canada, a member of Newfoundland Antique & Classic Car Club for 35 plus years, a member of the Falcon Club of America for 32 plus years, a member of the Edsel Owners Club & International Edsel Club for many years. He is a member of the Henry Ford Heritage Association. His personal collection of vehicles includes Classic & Muscle cars. Bob has had hands-on experience with several frame -off chassis restorations of family cars. These vehicles have won numerous awards at international shows in the United States and Canada. Greetings NAACC members and friends,
As Canada comes out of a world-wide pandemic, I am reflecting back on an unforgettable 2020 year. The NAACC has had one of it’s busiest years ever in spite of Covid 19. We officially partnered with five very significant groups including TechForce Foundation, RPM Foundation and the American Hot Rod Foundation. Call up the ‘Links’ section on the NAACC website to view our current Strategic Partners.

This year of 2021 has brought the resurgence of several old problems. Private land use and the vehicle storage of older cars is now resurfacing. Twenty years ago, the NAACC represented several private land owners who were having pressure put on them to remove unlicensed vehicles from their property. Often rural governments sent in car crushers to deal with perceived problems. Owners were given short or no notice and many collectable vehicles were destroyed.  The NAACC and the land owners sued the municipalities in question and were successful. Compensation was paid to the land owners. So far for 2021 we also have the following provinces confirmed: - Newfoundland - Confirmed but not signed yet until third week of June - will send as soon as received - British Columbia - Confirmed - signing will take place next week- will send as soon as received Thanks to all the great work of the hobbyist for your time and dedication in preserving and enjoying your great rides and also for all the great work you do for the charities in your province. Thank you from the NAACC

Whereas July 9,2021 marks the 12th consecutive commemoration of International Collector Car Appreciation Day, an annual event led by the SEMA Action Network (SAN) and the NAACC to raise awareness of the vital role the automotive restoration and heritage plays in North American Society, including British Columbia

The certificate signed by the Premier of Ontario, who officially acknowledging July as Automotive Heritage Month for Ontario.

ITS OFFICIAL!! The NAACC director in Nova Scotia, Conrad LeLièvre, has confirmed that Automotive Heritage Month has been proclaimed by the NS Government for 2021.

May 2021 Car Tour Through Fort Langley BC

Some members of various car clubs in BC got together to cruise through Fort Langely and spread joy to all those out walking that day.

Celebrating 50 years of helping the Collector Car Hobby in Canada

As 2020 draws to a close I am reflecting back on an unforgettable year. The NAACC has had one of its busiest years ever in spite of the global COVID-19 pandemic. Tom says, “the National Association is really a vital organization for Canadian hobbyists and we are so very fortunate to have it in place. In reality many hobbyists don’t realize that the NAACC is staffed by unpaid volunteers who devote a significant number of hours annually to accomplish whatever they can for the whole hobby. It is very easy to not only spend your own money for National business but also to invest 60 or more hours a month administratively for the hobby. Every hour dedicated to the hobby is an hour that is not utilized in the volunteer’s own enjoyment of the hobby or working on a project. Of course, when you are self-employed it is also an hour not spent making a living,”

The NAACC will encourage a cooperative working relationship between governments, at both the federal and provincial level to prevent restrictive legislation.

Like it or not, ethanol in gas is here to stay

Taken from Hemmings Motor News and distributed by the National Association of Automobile Clubs of Canada Corp. www.naacc.ca Check out the latest Cruisin’ Canada!!!

Thanks to Wilfred for producing this newsletter. 2020 is the 50th anniversary of the NAACC and we are all proud but saddened by the ongoing pandemic. Stay safe everyone, and if you have any stories to contribute, send them to Wilfred! Some important new partnerships for the NAACC TechForce Foundation is a nonprofit, 501(c)(3) that champions students to and through their education and into careers as professional technicians.

Not Just a Museum

Whether you’re a collector, an automotive enthusiast, or just a fan of cars, the stories in the Motor Mouth Blog will captivate your imagination.

The RPM Foundation supports restoration and preservation training programs for the next generation of automotive, motorcycle and marine craftsmen. The services, resources and grants provided by RPM safeguard the future of the collector vehicle industry by sustaining hands-on training for young adults.

Our vision is to celebrate America’s love affair with the automobile and to ensure that the love affair continues for generations to come.

As we grew our community of automotive enthusiasts, we saw a need to preserve the passion of collectible cars and the mark that automobiles have left on American life in the 20th century. 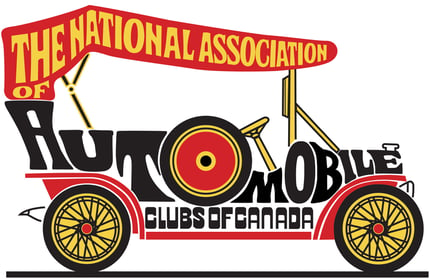 TechForce welcomes The National Association of Automobile Clubs of Canada (NAACC) as a strategic partner in its workforce development campaign to inspire, support and connect the next generation of transportation technicians. A Founding Member and longtime financial contributor to LeMay – America’s Car Museum, NAACC strives to act as the unified voice of the automotive hobbyist in Canada. More about NAACC>> Thanks to the efforts of the National Association of Automobile Clubs of Canada (NAACC) , the province of British Columbia is once again declaring the month of July as “Automotive Heritage Month.”  The province also proclaimed “Collector Car Appreciation Days” (CCAD) on July 10-11, 2020.  British Columbia joins several other provinces that have officially recognized the celebration. The Central Fraser Valley chapter of the Vintage Car Club of Canada held their 7th annual car show at the Aldergrove High School in late April. The weather was great and 200 cars had arrived by 9:30 a.m. and they kept coming until the lot was full to capacity. Plans for opening up the field next year are in the works. Easter gathering of the Vintage Car Club of Canada

The 2019 Easter gathering of the Vintage Car Club of Canada’s Vancouver chapter was held on the very outskirts of Vancouver at the Trev Deeley’s Harley Davidson dealership on Boundary road. The cars and a few trucks gather at the back parking lot the cars were a stellar collection of very eclectic old tin. Up early Friday morning to get to the track and shooting all day of the qualifying. The entrants cover almost types of auto racing and this year had a large group of Master Endurance Legends USA is a groups of endurance cars offering a snapshot of endurance racing in the US. This group will race at various events across the US in 2019.

We went to the LeMay Americas museum in June to make sure we were able to see the Bullitt Mustang. I had not been for a couple of years and my brother had never been so it was definitely time for a visit. So much has changed since my last visit, but the Bullitt Mustang and Chi Town hustler really stood out. Doug and Roberta Parkman 2019 NAACC Hobbyists of the year –PEI

Doug has always had a great interest in automobiles. He bought his car at the age of seventeen. In 1967 he drove a 1930 Chev Coupe to Expo ’67. By Rob McLeese Last year the Eastern NAACC journalism team made Their annual pilgrimage down to Concours of America. One of the themes of the 2018 show was Cars of the Jet Age which included the General Motors Firebirds I, II and III, all developed in the 1950’s by Harley Earl and his team. These cars were far ahead of the era in terms of the technology that was included in them. The NAACC is once again planning to cover the Pebble Beach Concours d Elegance for 2019. The Concours is more than ever in the forefront of the Canadian Car community after the Best of Show winner 1937 Alfa Romeo 8C 2900B Touring Berlinetta was restored by Canadians.

2017 Concours of America from

Click on Thumbnail to go to post I was extremely happy with the choice of Nissan/Datsun as Feature Marque for the 45th Rolex Monterey Historic Races this year, as it probably is the only time I will be able to actually drive one of the featured marques to the race. It also was the 35th anniversary of when my parents took me to the Vintage races at Laguna Seca for the first time. Past posts from Home page>>