Report and Photos by Cam Hutchins and JJ Carlson

There are very few things that I spring out of bed at 4:30 a.m. bright eyed and busy tailed. No, I am not worried about a Hagerty’s Dawn Patrol hat, which should be called the “Two hours before Dawn Patrol Hat” as they have long been handed out before Dawn. What I am interested in is getting shots of the cars as they drive onto the field with the ocean in the background. One of the other things I really like is the huge selection of countries the cars come from. There is something special about all the cars at Pebble Beach but after days of reserching thiese cars, and 9,000 words, each of these cars either have a foriegn country, a cool first owner or a special achievement. I hope you enjoy this report as much as I enjoyed writing it! 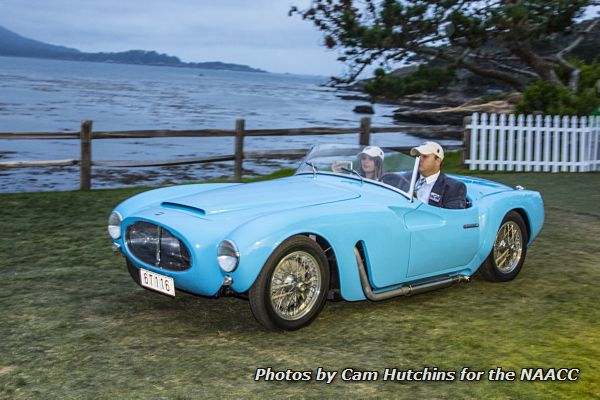 I patiently waited for the first car to enter and it was driven by my pal and fellow photographer Dirk de Jager driving a Blue Moretti Spyder onto the field. Owned by Renaat Declerck of Belgium, the 1955 Moretti 1200S Michelotti Spyder, was shown on the Moretti stand at the 1955 Brussels Motor Show. Designed by Giovanni Michelotti, the car was one of two spyders built in 1954 and 1955.

I am always interested in cars that get driven to the event and cars from foreign countries. There was one car from New Zealand that has been driven 30,000 kms since the present owners have owned it. I also like the quirky cars owned by personalities bigger than life. One car was almost taken for scrap metal for the US war effort, one car was owned by the Shah of Persia, another car was left in a wrecking yard for years. The history of these cars is absolutely fascinating, take any name and plunk it into Google and be fascinated.

On the bus ride from the parking lot to the show I spoke with a fellow from the Lane museum in Nashville and they were showing a 1967 Gyro Car that after a fresh rebuild,was only set up to drive 20 mph, so it was not included on the Tour D Elegance. The Tour is as cool to attend as the Concours in my opinion, and hearing the cars muscle up a hill is pure magic to the ears.

One the Sunday, once in position to shoot, the steady stream of cars was made all the more entertaining by a fellow shooting video of the parade beside me. He was super knowledgeable of almost all the cars attending and spoke a running commentary for his video. 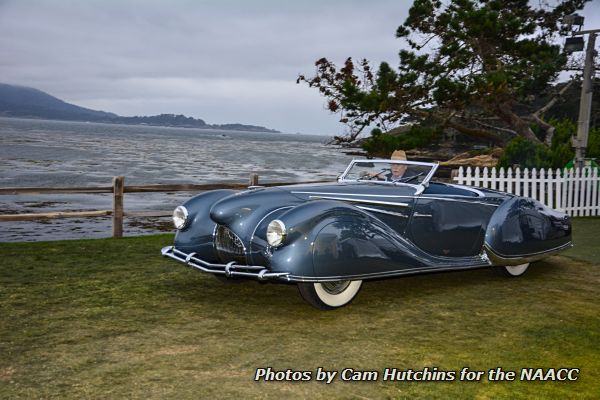 owner when Local car collector Don Voth approached me and told me of a Delahaye owned by a fellow from Richmond BC. Not just any Delahaye, but a 1947 135 MS Cabriolet with Figoni & Falaschi coachwork. Owned by Wayne Grafton, of Richmond, British Columbia, I saw the car on the Tour D Elegance and it swooping design and stunning medium gun metal blue paint were unforgettable.

The Type 135 was introduced at the 1935 Paris Auto Salon. All this series of Delahayes were bodied by independent coachbuilders and this fabulous example of the French coachbuilder’s art, was built on a Delahaye 135 M chassis and debuted at the 1946 Paris Auto Salon. It is one of just seven similar cars built by Figoni & Falaschi. The finished car was sent to New York importer Max Hoffman for a Dr. Scheir. In 1951 it was sold to Mark Deitsch, president of Prima, the footwear company, which featured the car prominently in its advertising, earning the car the nickname “Cover Girl.” The car later found its way to the Hata Museum in Japan. Grafton acquired the car in 2014 and has just had it restored.

Early in the week there were two cars that stood out on the Tour D Elegance and obviously I was not the only one to find this car amazing as it won first place in the Class O4: Postwar Grand Touring class and the French Cup. 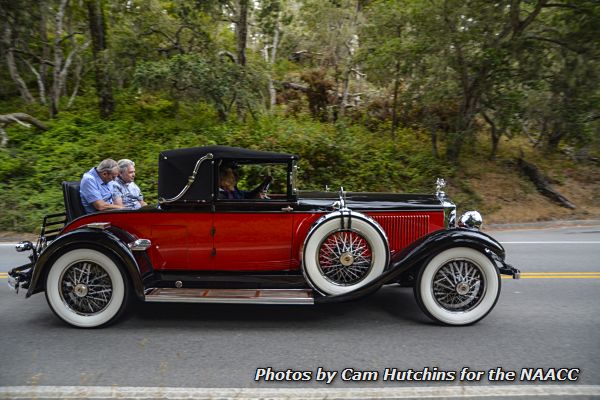 Placing third in the American Classic Open was a 1928 Stearns-Knight H 8-90 Phillips Cabriolet owned by Brent Merrill of Toronto. Designed to be the fastest production car in the US in the late 1920’s with speeds up to 110 mph(177kmh) it is powered by a 385 cu. in. sleeve valve engine. This was the largest Sleeve Valve engine produced and only 327 were built with only 8 known to exist today. Originally owned by a wealthy mining tycoon from Idaho for over three decades and this car is the only known Stearns-Knight cabriolet on a 137inch wheelbase chassis existing today. Charles Lillengreen of Davenport Washington acquired the car in the early 60’s and sold it to Al Giddings of Montana in 2003. Giddings, along with advice from Stearns-Knight historians finished up a restoration in 2003. 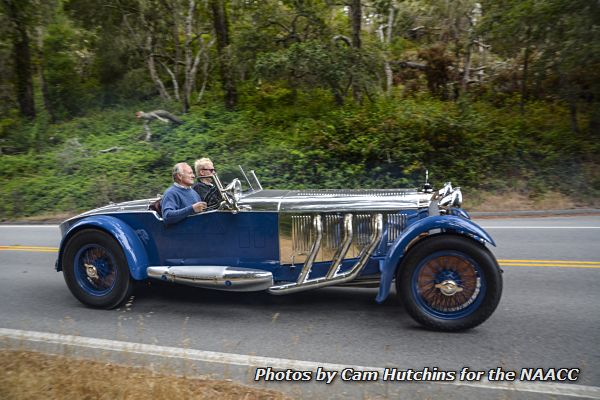 The other car that was extremely beautiful and had a large crowd around it at the start of the Tour on Thursday morning was the 1929 Mercedes Benz S Barker Tourer. Owned by Bruce R. McCaw and just having been taken from the restoration shop the week before the Concours, the striking polished metal and blue Mercedes was named Best of Show at the 67th Pebble Beach Concours d’Elegance. Starting out as a model S and delivered to Mercedes Benz of London it’s  7 litre engine was eventually supercharged and uprated to full SS specs. It was bodied by Barker of London as a lightweight tourer and delivered to a Captain Miller on behalf of Earl Howe, the British racing driver and cofounder of the British Racing Drivers’ Club.  Still sporting its original Marchal lights and chrome wheels, the  torpedo-style running boards were very practical as they contain tools and other  equipment. 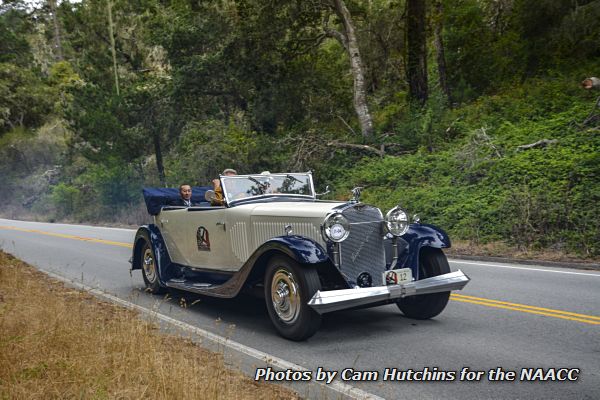 I don’t remember too many cars at Pebble Beach coming from New Zealand and this car is a treat. Not only have the present owners been driving this car more in the last few years than the car driven in it’s previous 80 years. The owners have made a website to fully document the car and it’s present travels.

Here in point form is some of the cars highlights.

-This car was featured in the 1932 Saoutchik Brochure and was Hispano Suiza’s Show car in 1931 – 1932 helping launch the J12 and on display at the 1931 Paris and London Olympia motor shows plus Geneva in March 1932
– 1932, Shipped to the first owner in Iran, The Shah of Persia with 10,000 km on the car.
-Owned by the Shah until 1963 and Used as a parade car by the Shah up to 1947.
-The car was modified by either the Shah or before the Shah got the car.
-Speculations of the low mileage is possibly due to overheating problems not sorted out until a 2006 engine rebuild.
-Sold to Bob Ortenberger, via Israeli broker Salim Bahary with 10,000 km in 1963:
1963 – 1979 (10,000km to 13,700km)
-Shipped to the United states from Iran in November 1963
-Driven 1,500 km to Tulsa with no overheating issues due to the -5 degrees F temp of November.
-After several years on the local car scene the car was garaged so the wheels could be repaired.
-The engine was discovered to have a problem that was the cause of the overheating and rebuilt
-1970 restored by Wilkinson’s of Derby in England-changed from the Shah’s green over pale yellow to dark blue over light blue, but keeping the Shah’s pattern.
-Interior and roof changed to blue from the Shah’s green.
-Sold in 1979 with the engine assembled but not running.
-Bought by Roy Southward in 1979 with 13,700 km and shipped to New Zealand in early 1980
-1984 the rolling chassis was restored and the engine running.
-A fresh spray of the two tone blue paint.
-Bumpers returned to the Shah Parade car set up and the headlights and Grille cover to the showcar era.
-Bristol Restorations in Wellington, NZ rebuilt the engine 2003 to 2006.
-Screwed in cylinder linings required a 20 foot bar to provide the leverage for the removal of the liners.
-sold to Mark and Sonia Richter in 2011 with 21,000km 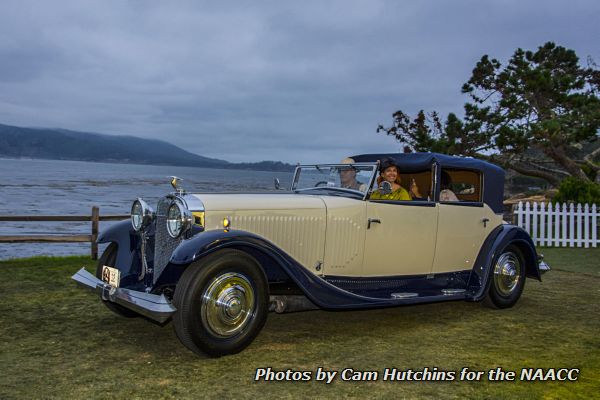 -Bristol Restorations of NZ was commissioned to rebuild the mechanicals where needed and to return the car to the  1931 Show car state, but to reserve as much of the patina as possible.
-priority to keep the J12 authentic but roadworthy and safe.-painted Dark Ink Blue and Mushroom Cream to replicate a proper Colour scheme of the era.
-The blue interior was still in great shape.
-Driven 30,000 kms over a 5 year period.
-of the 105 J12’s built from September 1931 to November 1938 only 40 still survive.
-the J12 was the most expenive and largest Hispano-Suiza 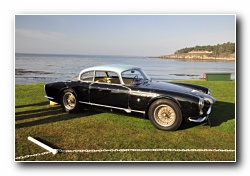 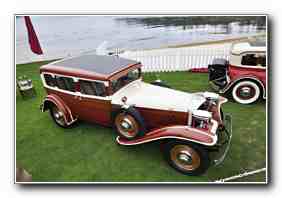 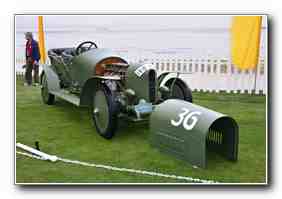