Thanks to the efforts of the National Association of Automobile Clubs of Canada , Nova Scotia Premier Stephen McNeil has again issued a proclamation designating July 2018 as “Automotive Heritage Month” in the province.  Since 2010, the U.S. Senate has passed resolutions at the SEMA Action Network’s (SAN) request to acknowledge “Collector Car Appreciation Day” which serves to raise awareness of the vital role automotive restoration and collection plays in American society.  This year’s celebration is scheduled for Friday, July 13th.

In the previous eight years, thousands of hobbyists in the U.S and Canada have gathered at car cruises, parades and other events to celebrate our shared automotive heritage.  By taking part in these events around the country, these automotive enthusiasts and related businesses have ensured that their passion was honored and recognized.

Individuals, car clubs and business owners have been registering their gatherings for inclusion on the SEMA Action Network (SAN) website . However you choose, please pay tribute to our hobby’s special day or month by holding or attending a celebration near you. Encourage others to follow suit. Let’s get those cars and trucks out of the garage and onto the road!

Please submit the details of your celebration. For questions, contact SEMA Action Network (SAN) Director Colby Martin at 909/978-6721 or san@sema.org . You may also download the official logo and flyer from the homepage and help promote this special day. 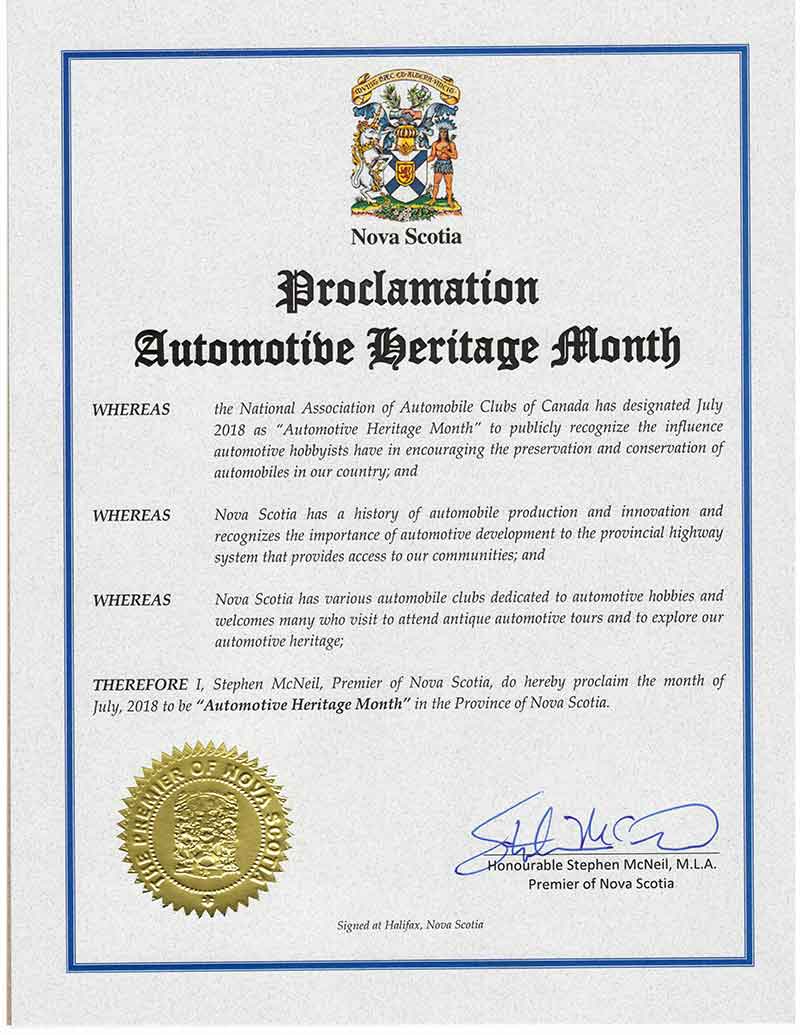 One again, the Province of Nova Scotia has designated July as Automotive Heritage Month.

The National Association of Automobile Clubs of Canada has requested such proclamations all across Canada to synch with the SEMA action Network sponsored National Collector Car Day on July 8 in the United States.

I have attached a copy of the Nova Scotia proclamation for your use. 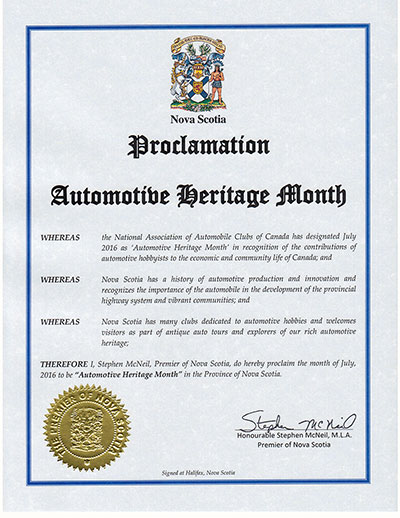 I wanted to pass on that the Nova Scotia government has issued a proclamation designating July 2015 as Automotive Heritage Month in the province.

I have attached a copy of the formal proclamation for use by your clubs at events during the month.

The NAACC made this request to the Premier of Nova Scotia so that our province could celebrate in conjunction with the SEMA Action Network sponsored National Collector Car Day across the U.S. on Friday July 10th.

There is also a short article on Automotive Heritage Month in the Wheels supplement in the Chronicle-Herald newspaper this morning.

Let’s go cruizin’. Happy Canada day to you all.

Following a brutal winter all across Nova Scotia, the cool cars are out of the garages and back on the streets and the fast food parking lots.

We might not have roller-skating servers like in American Graffiti, but we still enjoy the tunes, the good food and the great lines of a hot car.

Whether you drool over a63 split-window Corvette coupe, or your favorite car is an underpowered, and odd looking Citroen 2CV, most of us will stop dead in our tracks to look at a classic car or truck. 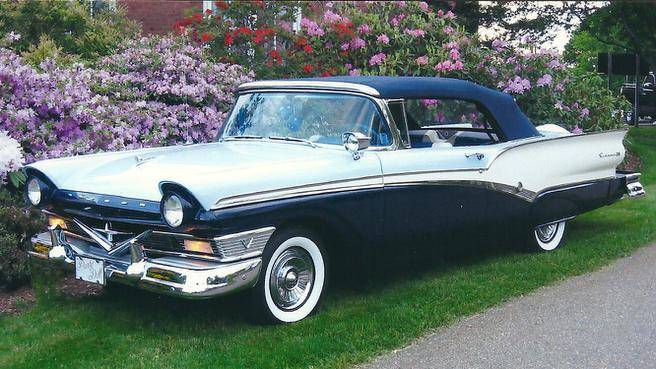 We’ve come a long way from rumble seats and running boards, but we all have a car in our memories that we would like to own.

Nova Scotia has enjoyed a long and cherished relationship with the motor vehicle. Do you remember that the first Toyota car plant in Canada was in Cape Breton or that Volvo cars were assembled right here in Halifax.

Young people still enjoy cars as much as we old guys do. That is evidenced by the success of the Fast & Furious movie series. There is a little bit of Dominic Toretto in all of us as far as the love of classic cars is concerned.

And as far as new classics, what person wouldn’t like to get behind the wheel of a new 712 horsepower Dodge Challenger Hellcat for at least one drive.

But for those with slower dreams, a nice Nash Metropolitan might be a better choice.

The Nova Scotia government, at the request of the NAACC, has again proclaimed July as Automot¬ive Heritage Month as a way of saluting the impact that motor vehicles have had on this province.

Take some time and visit a car show during Automotive Heritage Month and enjoy the history that is exhibited in these vehicles.

The NAACC has requested these proclamations all across Canada to synch with the SEMA Action Network sponsored National Collector Car Day on Friday July 10 all across the U.S.A.

Conrad LeLievre is the Nova Scotia director for the National Association of Automobile Clubs of Canada. 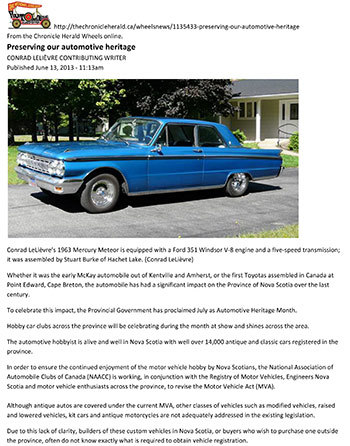 Read the coverage from the Chronicle Herald from 2015>>

Read the coverage from the Chronicle Herald from 2013>>