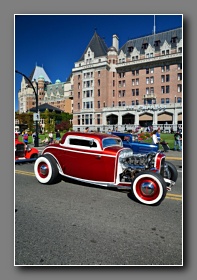 Every three years the streets around the inner harbour, the British Columbia Parliament Buildings 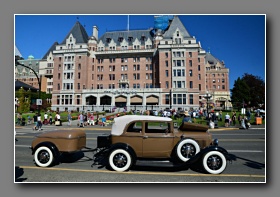 and the venerable Empress Hotel are filled with classic cars and more than a third of them are 1932 Fords of all models and descriptions.

The 1932 Ford, nicknamed the “Deuce”, holds a special place in many hot rodders and car collector‘s hearts. The first year an affordable V-8 engine was offered to the public, the Ford V8 replaced the Model A and the Model T as America’s sweetheart and they still hold they spot all these years later.

Owners of these cars came from all across Canada, Toronto, Quebec, New Brunswick and many eastern states. Over 1200 vehicles participated in this glorious event. Chairman Al Clark welcomed over 200 vehicles driven from California. Although officially registration was capped around the 1170 range, many car enthusiasts parked their cars all around the outside of the official show area and almost every parking lot held enthusiast’s cars. The cut off years for registration was 1951 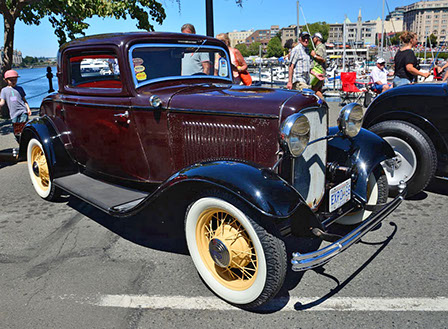 attendance. I have never seen more car celebrities. The spectator crowd was estimated at over 100,000. NAACC president John Carlson presented two awards and addressed the crowd. He thanked them for their continuous support over the past 46 years. 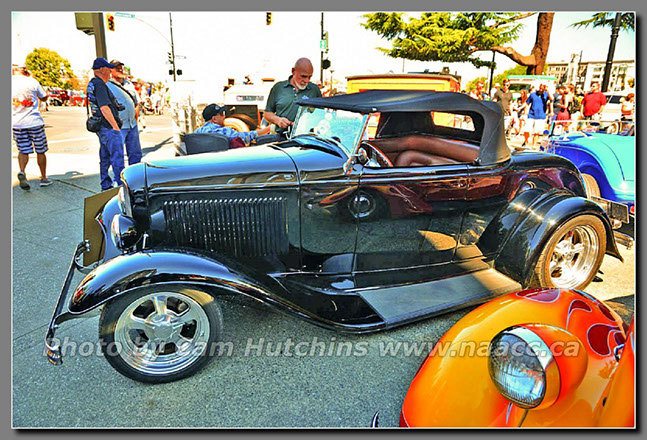