Our secretary Tom, is self employed; married with three adult children.

Tom started into the hobby in the late 60’s more of necessity than anything else. The ’55 Dodge Regent hardtop he drove was backed into by a new car and that made it a target for government proposals then being talked about provincially. This car was sold to a fellow who fixed some parts and drove it on vacation to the southern states, so it really was not that bad but that is the way it went. 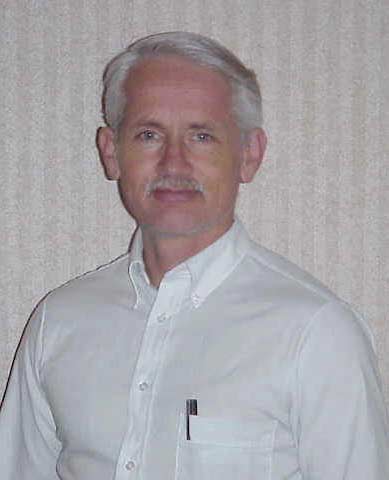 Having a vehicle was not only a necessity but it was also a want, so while saving cash we drove his girlfriends mothers 57 Chevy whenever it was available. Interestingly enough they also had a 56 Chev though he was only a willing passenger in it. Tom’s dad found an affordable 1949 Chevrolet deluxe 2door bustleback sedan which had only been driven 43,000 by a farmer who was no longer able to drive. The Chev ran superbly and looked even better becoming his daily driver. Being fully dependable meant it was driven everywhere without concerns so this car was the beginning of his sinking deep into the realm of “old Cars”. At this time he purchased a 47 Ford half ton to fix up.

Old cars grew older and more in number as the bug bit and he bought a 28 Chevrolet Roadster pick-up, one of 5 known to exist in Canada. This was followed by a 36 Chev coupe; 38 Chev coach and well….. you know the story. Of course more followed – perhaps too many – and most still exist.

Tom’s friends provided cars for his wedding party including a 27 Ford roadster; 28 Ford sedan; 32 Chev roadster and a 29 Hudson sedan as the main car. Then 9 more Model T’s all with streamers joined the parade for a real sight. It was a very good day.

Career moves; no working space and a young family kept the cars on the back burner. Fortunately his dad, Ken got the bug too and he worked on the cars or they might still be waiting for attention! Ken had the 38 Chev done in time for Tom to bring his third daughter home from the hospital in it. Only ten years had elapsed since its purchase. Ken has since done the 28 and 36 besides working on his own 27 Olds and a 30 Buick Coupe. Thanks dad!

Tom has supported NAACC since ’76 and worked with George Armstrong to form a new club in North Battleford in 1977 and Ron Price-Jones to start a new club in Melfort in 1985. He relocated frequently and was a member of at least three other clubs in Sask. As a former banker he enjoyed being active administratively provincially as a long term rep for 26 years and secretary treasurer for about 20 of those years. He eventually became the Sask NAACC director in the mid 80’s and national secretary treasurer in about 1988.

“National is really a vital organization for Canadian hobbyists and we are so fortunate to have it in place. In reality many hobbyists don’t realize that the NAACC is staffed by unpaid volunteers who devote a significant number of hours annually to accomplish what ever they can for the whole hobby. It is very easy to not only spend your own money for national business but also to invest 60 hours a month administratively for the hobby and every such hour dedicated to the hobby is an hour that is not utilized in the volunteer’s own enjoyment of the hobby or working on a project. Of course when you are self employed it is also an hour not spent making a living,” It has been about 10 years since he had time to drive any of his old cars but that is still a goal!

“Like every hobby and every organization, it has its share of misinformed vocal persons and its detractors who are never quite able to provide constructive criticism or can’t see their way to contribute their skills and time. It can be un-thankful work but it can be emotionally rewarding too especially when you realize that you are making a difference; you are making things better and yes especially when someone says “Thank you”.”