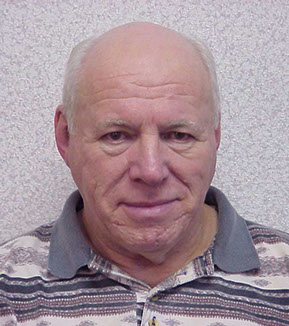 Bob and Thelma Ford and their family have been members of the Edsel Owners Club and International Edsel Club since the early 1970’s. Bob is now widowed with 2 wonderful adult sons. In Bobs words, “I’m one of the founding members of NF Antique & Classic Car Club formed in 1980 and was elected and served as their president for six years. I’m still very active in all club activities. We are members of Nova Scotia Mustang Club and Bob Jr. is a member of Falcon Club of America”.

The Ford family are serious drivers. Bob has driven their Edsel’s to National Meets in Virginia 1981, Detroit 1982, Harrisburg PA and London Ont. in 1985. “We’ve done a two-week car cruise with other members of NF Antique and Classic Car Club to Cape Cod, Mass. We have also been very involved in both 1992 Cross Canada Tour and Coast to Coast 2000 Tour in which we went coast to coast and back. I do all the work on our cars and can still drive any of them anywhere”.

Bob has been the Membership Director for the National Association for over 40 years. He has also been the NF Representative since they became a member club. In Bob’s words, “I believe there should be a ‘National’ body for many reasons. A large group with representation coast to coast can have a great impact when dealing with Federal and Provincial matters concerning the old car hobby. Also, with provincial representation we know what’s happening in other parts of the country”. Through the old car hobby, the Ford family has made many good friends in every province of Canada, U.S.A., England, Norway, Iceland and New Zealand.

In 2001 Bob Ford was inducted into the National Association of Automobile Clubs of Canada Corporation Hall of Fame and was presented with a life membership. There are no words that can adequately thank the Ford family enough for their contributions to the collector car hobby in Canada.