Saturday, August 25, 2018 at Black Horse Golf Course in Monterey Bay California, Concorso Italiano will once again be a key part the traditional Monterey Automobile Week. Concorso Italiano’s unique format features more than 800 – 1000 vehicles of Italian origin, and its atmosphere is on the vehicles on display, conversations between people who love and appreciate them, and elements of Italian style such as fashion, food, music and art – all of this on the beautiful grounds of the Black Horse Golf Club.

Concorso Italiano, the world’s largest and most prestigious exotic and luxury Italian car show, today confirmed the participation of Bacchelli & Villa, a historic automotive restoration house specializing in rare and classic Ferrari, Lamborghini and Maserati models. As part of their participation in the show this year, Bacchelli & Villa will showcase the extremely rare… Read More

After spending half the day wandering the selection of Italian cars at the Concorso Italiano, my favourite car was British.

As a long time Austin Healey owner my love for all types of Healeys lead me to the pair of Nash Healeys on the Fairway. Crazy to see two of these beauties at one place and they comprise 20% of all the Nash Healeys I have ever seen! Donald Healey came up with the original 1951 design for the car and for 1952 Nash sent the car to be reworked by Pinin Farina with a body that I like less than the 1951 version, but I have only seen photos of  the original. 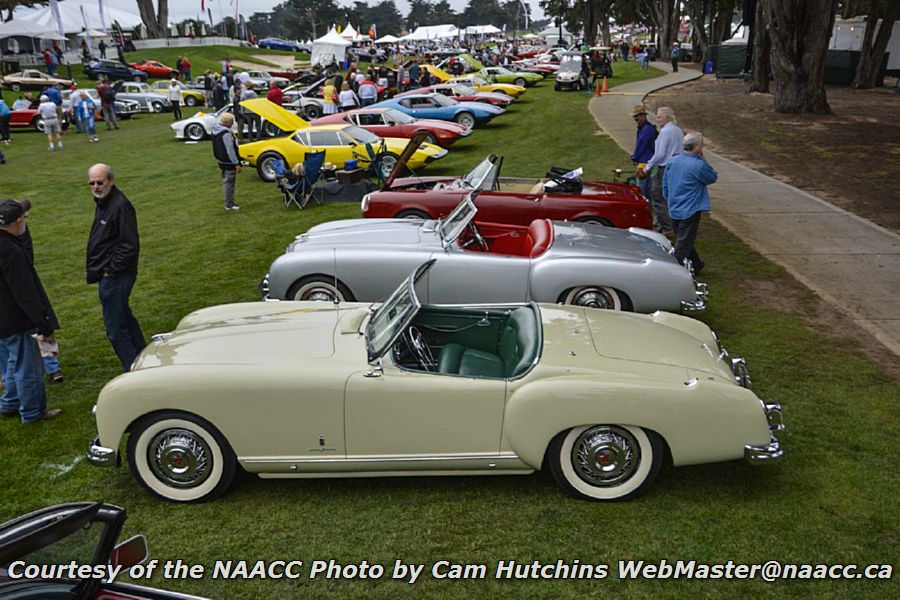 Two cars were present, one from the Peterson Museum with a fresh restoration and the other owner privately buy was on display at the Blackhawk Museum and was due back at 7a.m. Monday morning. The private car was a lovely pale green and was an unrestored car that received a scratch when the owner ask for help to put up the roof for Judging at the Tuesday Concours in Carmel. He seemed totally ok with it as you can never have too much patina. 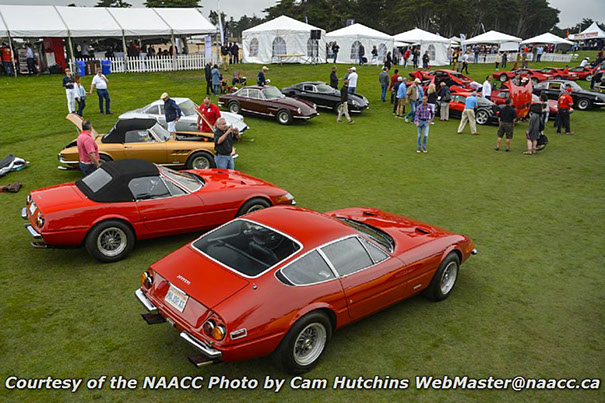 But the big news was the 70th anniversary of Ferrari and the Maserati Ghibli’s 50th Birthday. A fine variety of Ferraris made up for the smaller numbers of the 12 cylinder monsters. Most of my favourites were there, but as all the shows at “Car Week” were celebrating Ferrari it must of been tough to find the sweet Enzo creations from the 50’s an 60’s. Of course I did not count the “Vintage” Ferrari’s and compare them to past years numbers, but possibly the absolutely huge numbers of all other cars may have clouded my judgement.

The American V8 Italian cars have always held a place dear to my heart and this year we had a special treat as a 1970 Iso Fidia undergoing a full factory correct restoration. The big 4 door car was produced mostly by hand and less than 200 were built. Some of the intrerior panels were missing and other parts were still to be assembled, one has to wonder if it was only a couple of weeks ago they deciced the car was not going to be finished for the show but they would bring it anyways. They probably were burning the midnight candel giving it a try to be ready, so it was all the more sweet to see it “opened up”! 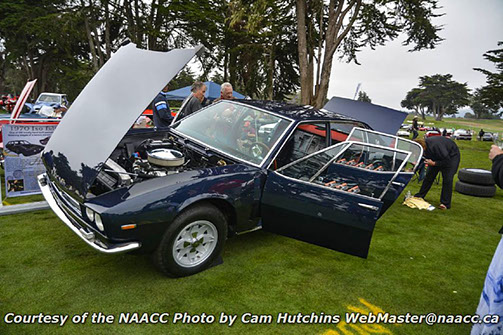 The owner’s father racing an Iso Rivolta and has a few other Iso’s so the apple does not fall far from the tree. 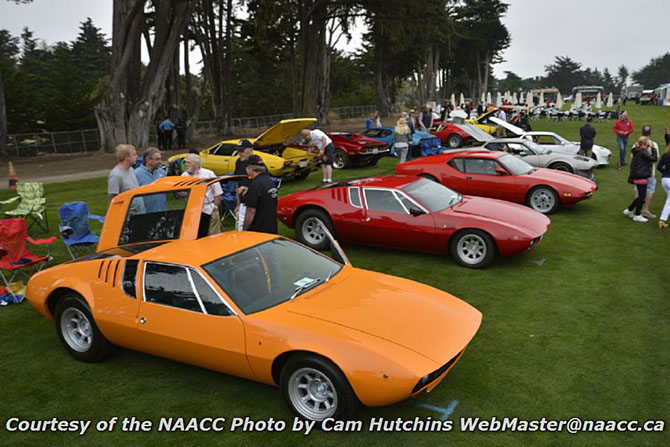 Adding up all the “litres” of American V-8’s in the Iso’s, Apollo GT, Panteras and the rare Mangusta along with the obligatory display of Cadillac Allantes….you probably have more displacement than all Fiats on display. But to old quirky models based on the 500 or Cinquecento. 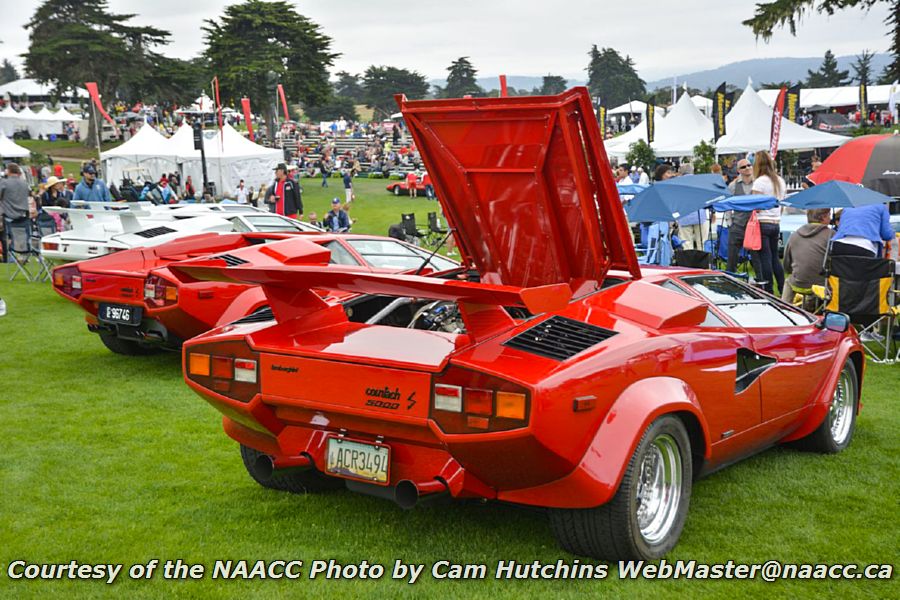 A good selection of the variety of Lamborghini’s on hand meant something for everyone….but the audacious Countach is always going to steal any show it attends!!! I think it is time for a “New Countach” as it has worked so well for the Mini, Beetle and Fiat 500. But keep in mind the “New 500” was actually launched in 1957 and not based on The Fiat 500, commonly known as “Topolino”, from 1936 to 1955. So the modern Fiat 500’s should actaully be call the “Newer 500”! 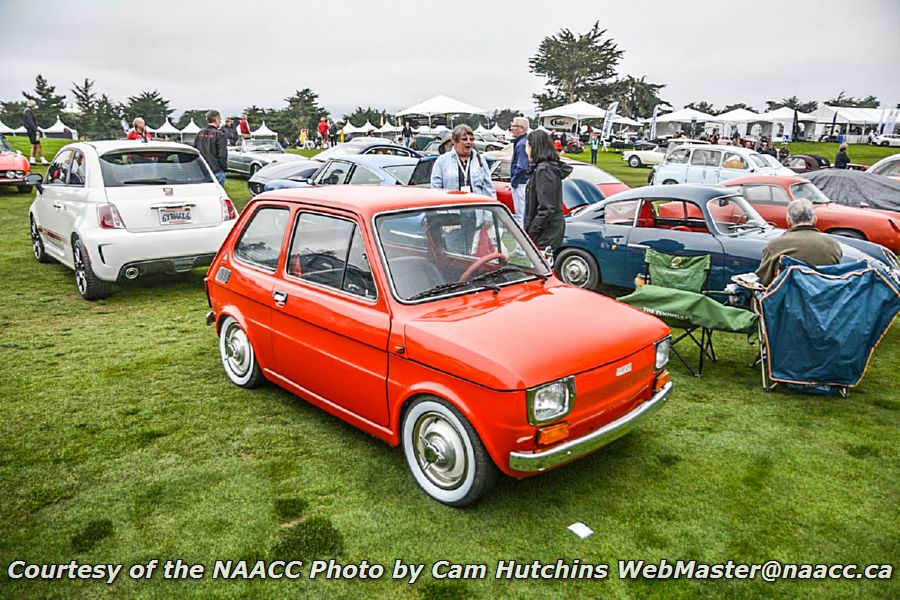 But no matter what you call it, it always sounds better when said by an Italian Beauty, and the 2017 Concorso Italian was full of them!!!